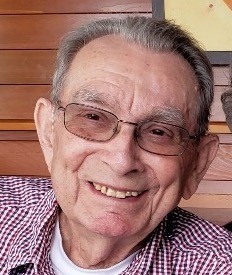 Beloved husband of wife, Ruth Kremer.  Loving and adored father of Linda Kremer, Stephen Kremer, and Karen Mahoney.  Admired and cherished grandfather of Matthew, Allison, and Julia. Bob also leaves behind two of his 11 siblings, Rita Kies of Jesup, IA and Terry Serafini of Los Gatos, CA, as well as over 80 nieces and nephews.

Bob was born 1936 in Jesup, IA, to Mathias and Matilda Kremer, as the youngest of twelve children. He grew up on the farm as part of a loving, Catholic family.  Being the youngest of twelve had both its challenges and benefits. Often seated next to his mother at the dinner table, he often bore the brunt of disciplinary efforts directed at a misbehaving sibling down the row.  On the other hand, he was able to spend more time enjoying his mother’s attention and (slightly) less time on chores. After graduating high school, he was able to attend college with the intention of entering the priesthood  After his 3rd year of seminary, Bob took a break from school to help his oldest brother following a near-life ending farming accident. Having doubts about his chosen calling, this hiatus granted Bob the opportunity to ease his parents into the news that he would not be returning to the seminary. In 1959, he went on to graduate from Loras College, located in Dubuque, IA.

After college, Bob briefly worked in construction as he contemplated his future plans.  Motivated by the fact that his car, a beloved 1957 red corvette, was buried under a snow bank, he applied for teaching positions out in California.  During this time of operator-assisted phone calls, his prospective employer tracked him down at the “local saloon” to conduct his interview.  They asked whether his seminary days prepared him to teach high school Latin, and the rest is history.

Bob worked for the Corona-Norco Unified School District for 45 years in various roles including teacher, school counselor, psychologist, and administrator. He began his career in education by teaching Latin, history, and driver’s education at Corona High School (back when it was at the Historic Corona Civic Center).  He later earned his psychology credential and a Masters in Administration from Chapman college.  Bob’s various career changes came more from his openness to opportunities as they presented themselves, than from any intentional planning on his part.  However, as many of you know, his dedication to students, family, and staff was a constant in his work within the Corona school system.

When he first moved to Corona, then a small town of about 10,000 people, he moved into a boarding house owned by Mrs. McCaully.  True to form, his willingness to help around the house planted the seeds of his “Fixit Bob” reputation that lasted throughout his life.  He quickly became Mrs. McCaully’s favorite and she soon began preparing plates of “leftover supper” for her skinny, young tenant and practically adopted him as her son.

In these early years in Corona during the 1960’s, Bob enjoyed his “wild and crazy” days and developed many lifelong friendships. One of these, of course, was Ruth Fenn, another California transplant who came to Corona from Connecticut in1961 to teach in the district.  Bob met Ruth at reception for new teachers and there began a deep friendship that blossomed into more when they both realized that their soulmate was, as Ruth says, “right under their nose.”

Bob and Ruth were married in Connecticut in 1966 and their sacramental partnership became a model for all those around them. They became very active in Marriage Encounter and were instrumental in guiding and mentoring young couples as they prepared for the sacrament of marriage at their church, St. Matthew’s Church of Corona. For years, couples would sit on the couch in their home as they shared their experiences and wisdom of marriage.  This was no less powerful for their own children, who eavesdropped from the other room, hearing stories that highlighted the importance of commitment, vulnerability, and communication to strengthen and support a relationship. Many people often speak of them as “Bob and Ruth” because they were so connected. Yes, both individuals, but also so deeply rooted and tied together.

No one benefited from their love more than their children, Linda, Steve, and Karen.  As a father, Bob was supportive, gentle, and always available to listen or offer a comforting hug.  In addition to modeling and teaching these softer skills, he tried his best to pass along his handyman knowledge to his children, with only limited success (that would be Linda!). His support and generosity never wavered, as he flew across the country to be with his children in various times of need or celebration.

Bob’s supportive spirit touched countless people throughout his lifetime.  He counseled family and friends through difficult times.  He was the first person someone would call in times of crisis, whether that be a broken appliance or a broken heart. He never turned down a request, big or small, and generously provided whatever help, support or comfort he could. As a niece recently shared, “He truly had a Servant’s Heart, a very bright mind, a hearty laugh, and a caring spirit for his family and fellow man! He was ‘one of the good ones’!”

As a dedicated and founding member of St. Matthew’s Catholic Church in Corona, he served as a Eucharistic Minister, was an active member of the bereavement committee, and served on the Parish Council. In a lifetime of service, he also worked with the prison community through Kairos Ministry and, along with Ruth, led communion services at the Chino prison. Bob was passionate in his belief that these men had more to offer to the world and worked to honor their humanity with the respect and support he offered through these services.

Bob loved woodworking, creating countless personalized signs, building functional pieces such as cabinets and extended tabletops, as well as a fantastic set of bookshelves for his granddaughters in the shape of a doll house.  He patiently instructed his many “apprentices,” including neighborhood children who came to visit his garage workshop. He was a wonderful storyteller, master crossword puzzler, and an all around “fixit” man. For much of his life, he enjoyed daily walks with Ruth, short cat-naps during his lunch break, and any opportunity to visit with friends and family.

It is hard to express how much he will be missed.

A special thank you to the caring staff of Estancia del Sol for their loving care and support of both Bob and Ruth during these times of isolation and quarantine.

A memorial service will be held at a later time when all those who knew and loved Bob are able to come together again to celebrate his life. Memorial donations may be made to the Kairos Prison Ministry of California, P.O. Box 131, Vacaville, CA 95696.


Your condolence may need to be approved before it appears on this page. It may not appear immediately once submitted.

Thank you for leaving a condolence..
Your comment has been submitted for moderation.

Show you care
with something special. 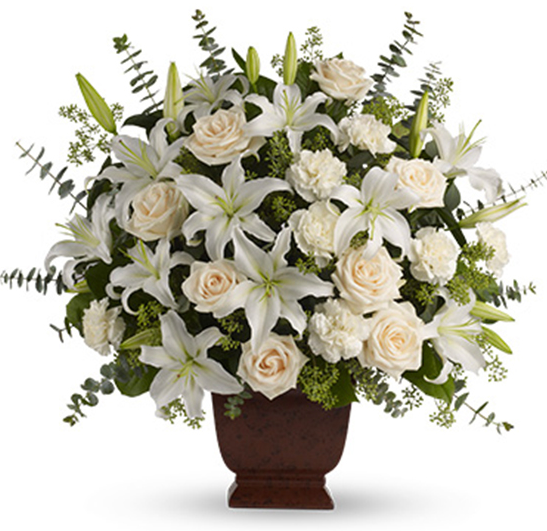